Carlsbad's relationship with Futtsu Japan has a distinguished origin. Our gratitude goes to Mr. Yoshiro Fujimura, founder of Jupitor Corporation (a family owned company which includes Jupitor Corporation USA located in Irvine, CA). A few words about his unique contributions to USA and Japanese history follow below.

In the early 1990's he was so impressed with Carlsbad that he worked diligently with the then Mayor, Bud Lewis, and the local Rotary to establish Futtsu (his hometown) as Carlsbad's Sister City. There have been regular delegation visits ever since and his corporation consistently and generously supports these events.
So here is why Mr. Yoshiro Fujimura has found such a special place in our city's and nation's history: During World War II he was a Japanese Naval Attaché to Germany. In the course of his duties he met Hitler and other historical persons and realized the error of Japan entering into alliance with Germany. Mr. Fujimura sought out Mr. Allen Dulles (US Intelligence) in Switzerland and began peace negotiations between the USA and Japan! There were several “magic cables” that were exchanged between Mr. Fujimura and the USA with interest in a peace agreement between the countries. Unfortunately, Mr. Fujimura’s status was as an attaché and the Japanese war effort was conducted by the Army. None the less, at a great risk Mr. Fujimura helped several Jewish families escape out of Germany. They are now living in South America. After the war, Mr. Dulles told Mr. Fujimura to return back to Japan and help rebuild and offered “Jupiter” (the brightest planet in the night's sky) as a name for a new company. Mr. Fujimura gratefully accepted the name and respectfully changed the “e” to an “o” and Jupitor Corporation was created. Jupitor Corporation USA exports USA military and commercial aerospace components and products to Japan. 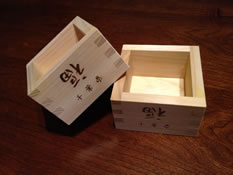 Here is a photo of the two Masu boxes presented to Carlsbad by the mayor of Futtsu. Masu were originally square wooden boxes used to measure rice in Japan during the feudal period. Today they are used for drinking sake. And we definitely gave it the old college try...dribbling and all. This was a great chance to experience Futtsu culture firsthand.

The video below is a presentation of the coastline, culture, commerce, and people of Futtsu. It begins with the visit of the late Bud Lewis, mayor of Carlsbad, and ends with one showing their mayor and our CSCA delegation.. The music of Japanese composers Kazuo Yamada (1912-1991) and Ryfltard Hirota (1893-1952) accompany the video. 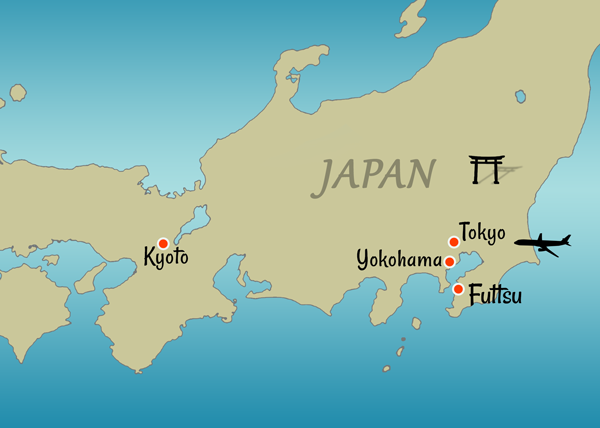